Tim Gibbons first started playing music in high school as a drummer in garage bands, then switched to banjo and guitar around the age of seventeen. The eighties found him rocking out in such bands as The Shakers and the Trouble Boys. He moved to USA for a time in the 90’s. He was recruited to play on Daniel Lanois’ soundtrack for the Oscar winning film Sling Blade. Tim’s song Lonely One is included in the film and cd soundtrack. Still in LA a solo cd was released with producer Mark Howard, 1999’s Shylingo. US touring followed.

Back home from the road he started a succession of local bands playing the many roadhouses of southern Ontario and further developed his hybrid style of rock, blues and country music. In 2015 he went back to the blues as TG (Tim Gibbons ) & The Swampbusters and released two critically acclaimed cd’s. SwampTooth Comb and Swamp Rock Country Blues (2017). Both cd’s have received worldwide airplay on Blues & Roots Radio. Tim represented The Grand River Blues Society at the International Blues Challenge in Memphis Jan 2018.

Tim Gibbons & The Swampbusters will be rockin’ the stage at The Cactus Festival. Don’t miss. 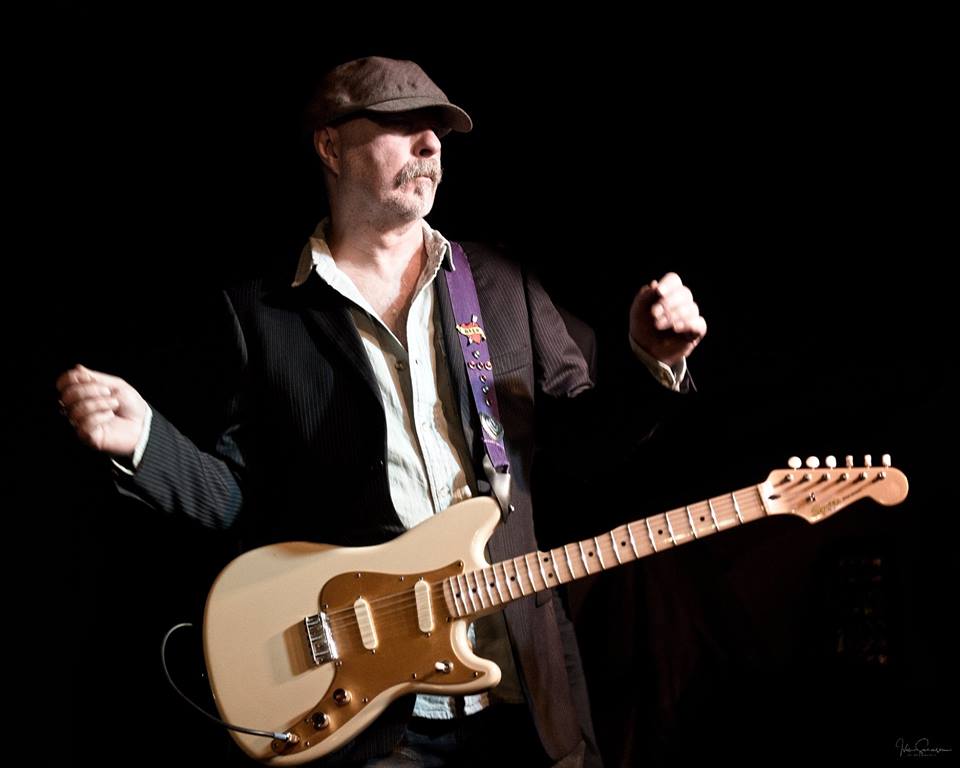